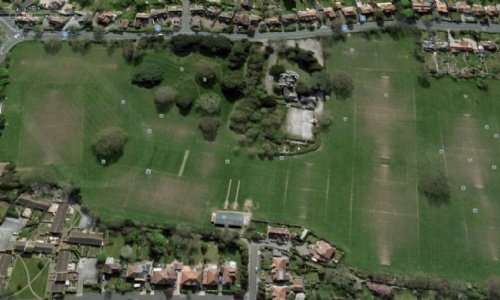 Following a long legal process, Cotham School have welcomed the outcome of the Judicial Review which returned in favour of the school and found that the decision by the Council’s Public Rights of Way and Greens Committee 12th December 2016 to register the land as a Town/Village Green (TVG) was unlawful.

Throughout the whole of the process Cotham have expressed the need to safeguard their students whilst they use the playing fields for PE and other sports activities.  After carrying out a risk assessment on the site in 2014, it was deemed necessary for a fence to be put into place to ensure that the playing fields are secure.  Without the introduction of a fence, the site poses a risk of someone entering the space at any time without permission.  This ability to enter the site puts students, staff and other users at risk of interruption or attack.  The only reasonable solution that the School considers will manage and mitigate this risk is to erect a fence which will enable a secure playing field.

Understandably, Cotham is very aware of the strength of public feeling that surrounds the playing fields and its continued use by members of the public.  The School have always expressed an intention to want to work with the community, to find an agreed way of being able to share the playing fields more widely with the local residents, whilst maintaining its duty of care to its students and staff.   Despite a number of attempts to engage positively with representatives of the local population over the years, this has been met with anger and refusal.  This statement intends to share, with everyone, the proposal which has been made to try to find a way of allowing the public to continue to use the space alongside the School and other users in a harmonious way.

The School does intend to put up a fence.  This will sit inside of the boundary of the fields, giving a secure internal space to the playing field, whilst retaining a pathway around the outside which will facilitate public walkways around the whole of the site.  It should be noted that this will in some parts require the use of existing public footpaths, particularly along Ebeneezer Lane.  The fence will not obstruct the private easement rights to Stoke Lodge Cottage.

The fence will be a 2m high weld mesh sports fencing.  There will be a number of gates into the secured playing fields.  The School have worked with a landscape architect to produce the proposed plan, displayed below.

There will be access for the public to walk around the perimeter of the site.  This will be between 2 and 10 metres wide (varying in places).

The School welcomes the public to use the walkway around the perimeter with open and unfettered access.  This will also include the ability for people to walk their dogs.  Dogs will not be allowed at any time to go into the fenced playing fields.

Dogs and other animals are not allowed within the fenced playing field area at any time, this is in accordance with the Bristol City Council Dog Protection Order October 2017.

No model aircraft or drones

The above statement was updated at 17:20 25-05-2018 to correct grammatical errors and to include full conditions of use list 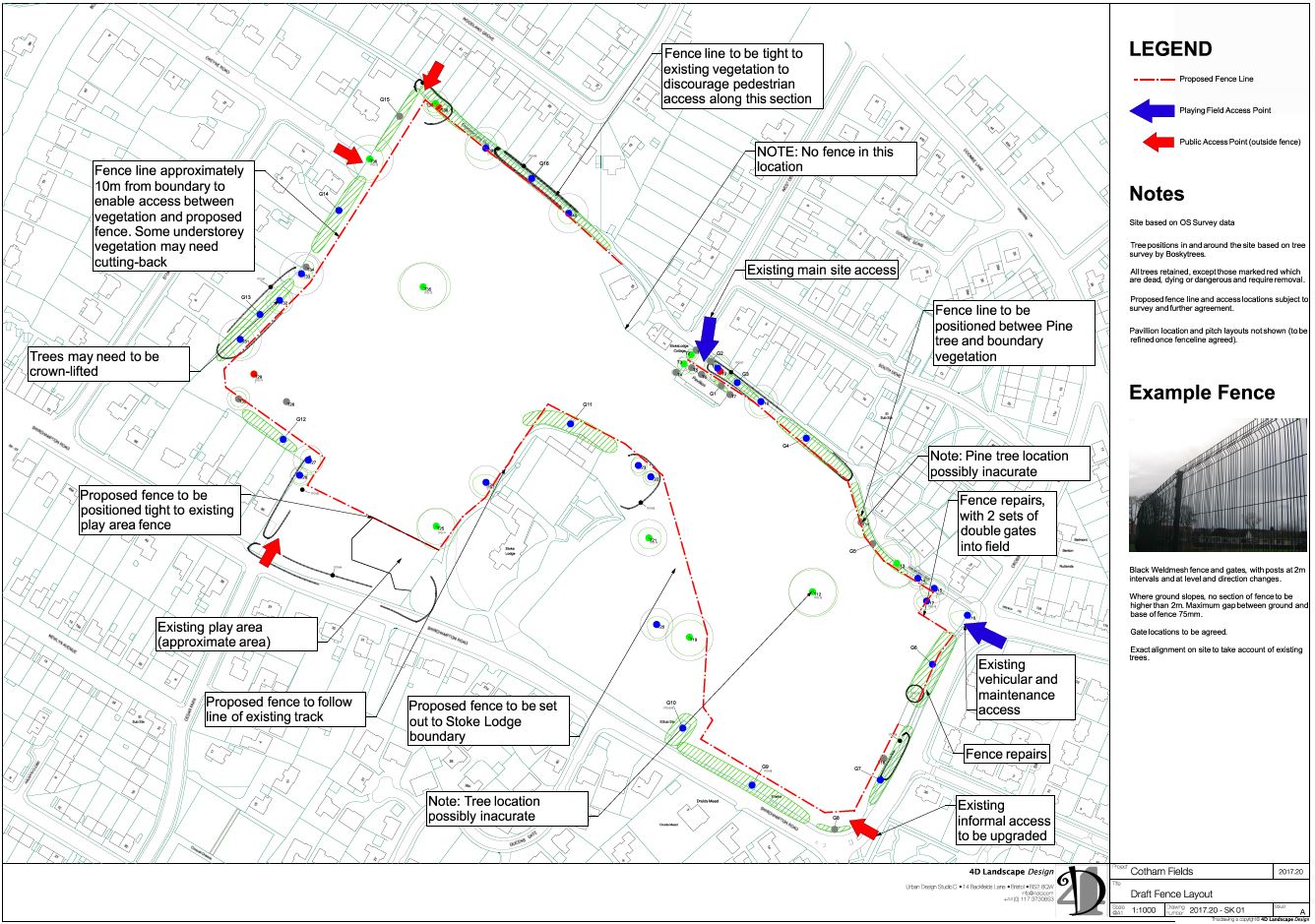