This is Classical Bristol

The music of springtime

Along with sunnier days and warmer weather, March is brimming with music of every kind. St George's Bristol is reopening with a host of celebrations starting with their glittering Gala Concert: and after months of building work their lunchtime concerts are finally back on, starting with guitarist Mark Ashford on 15 March. Colston Hall also have a busy month with two performances by the Bournemouth Symphony Orchestra, celebrating popular film music with Hollywood Concerto on 22 March and Heroes & Monsters on 12 April - and for another classical music favourite, join the Bristol Choral Society & Bristol Youth Choir for Carmina Burana on 10 March. Celebrate the springtime with a little bit of music for everyone this month. 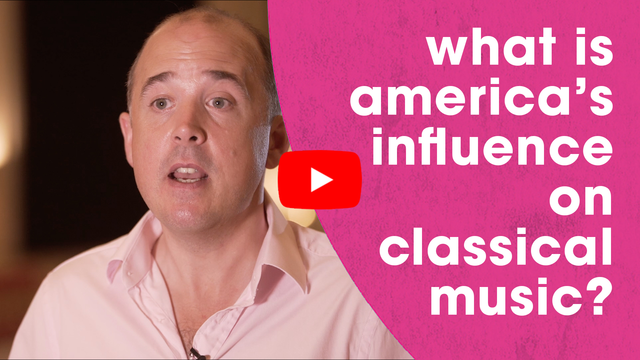 Classical music may have its origins in Western Europe, but the 20th century saw the US overflow with music of every kind, from early musicals and the popularisation of jazz to abstract modernism. Oliver Condy explores some of the big names that catalysed the musical growth spurt across the pond, and asks what American music really is.