Performing Arts Work of the Week

Congratulations to Jonah (7JLL), Herbert (7JLL) and Louis (7CBR) for their excellent posters on Samba music. This term in music, year 7 have been completing a scheme of work on World Music and alongside samba, students have also been studying Indonesian Gamelan music. Cotham School obtained its gamelan (a multi-timbre ensemble consisting of metallophones, xylophones, flutes, gongs, voices, as well as bowed and plucked strings)  in the 90s and became the first place in Bristol to own a gamelan. Toady, along with forming a part of our Key Stage 3 music curriculum our gamelan is also used by Bristol Community Gamelan. 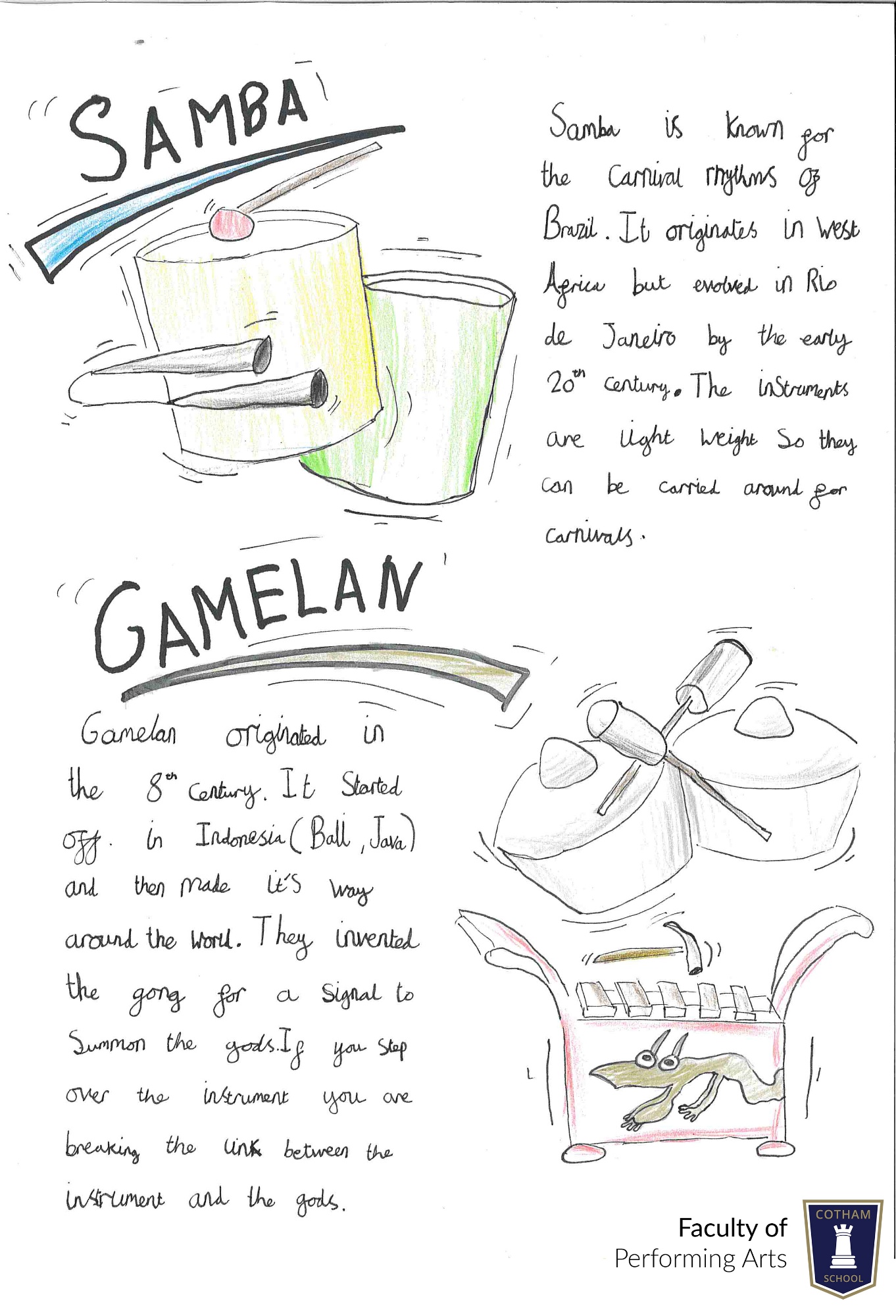 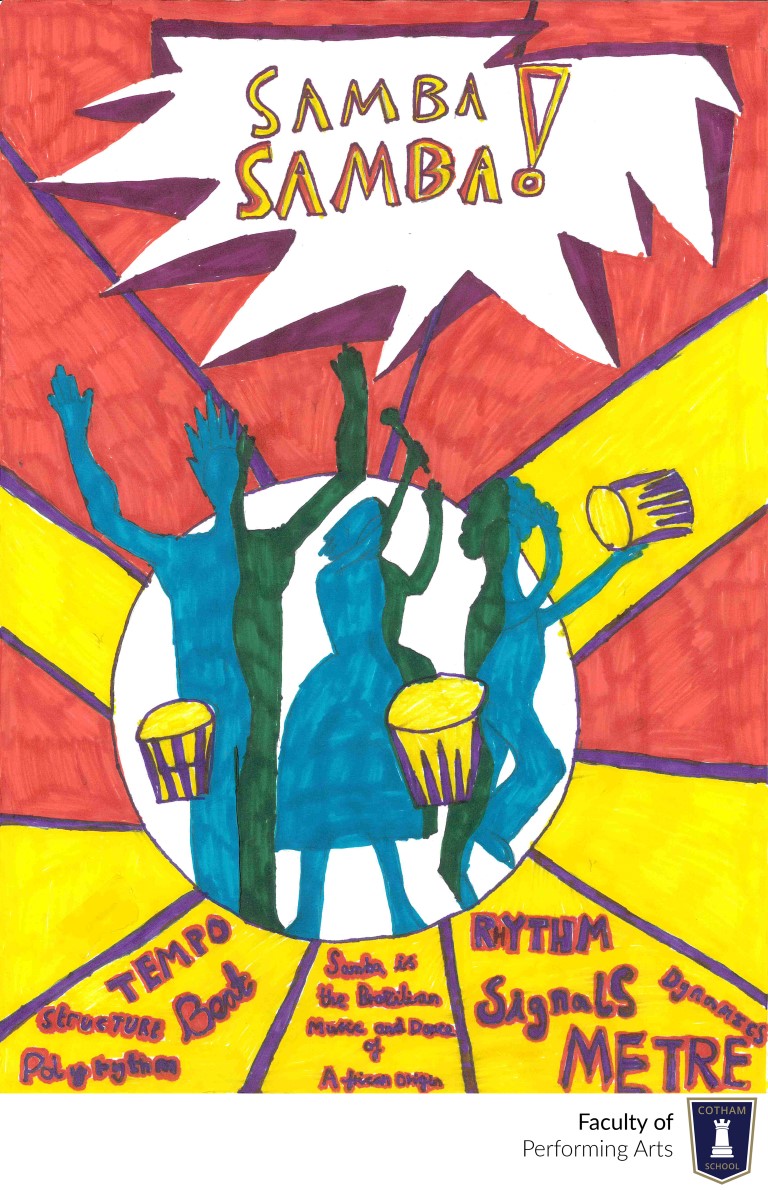 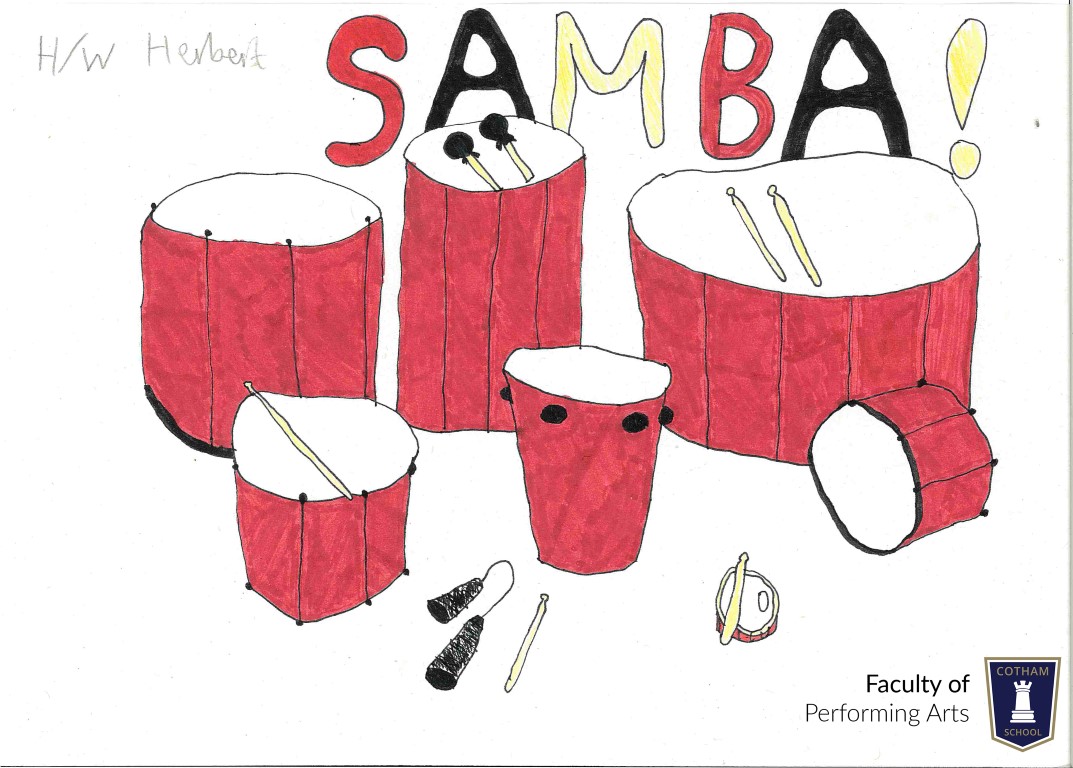