On Thursday eight year 7 boys represent Cotham at the annual Bristol Schools 5-a-side competition at Redland Green School. All boys worked hard and were a credit to the school but unfortunately came up against some strong opposition in their qualifying group. The results were:

The post 16 netball girls attended a tournament at City Academy which they were invited to by England Netball. The team played fantastically for a group that don't often play together and managed to achieve an overall 3rd place at the end of the tournament.

The team consisted of:

Year 7 girls played in a football tournament at Goals at SGS Filton. The team was:

There were only 3 schools: Bristol Free school, Bradley Stoke (both with 2 teams each) and us.  These are the games we played:

After that, our team got to meet some Bristol Rovers team members and got awarded certificates.

We all really enjoyed it, and we came 4 out of 5 in the tournament, not bad considering we had only trained a few times and some of the other teams were older than us.

Well done everyone and thanks to Miss McDonagh for taking us and Bristol Rovers for hosting the tournament. 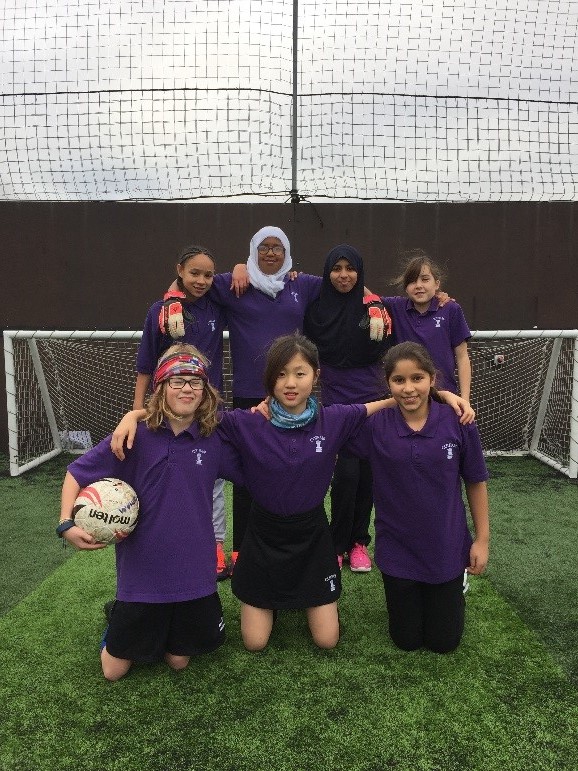